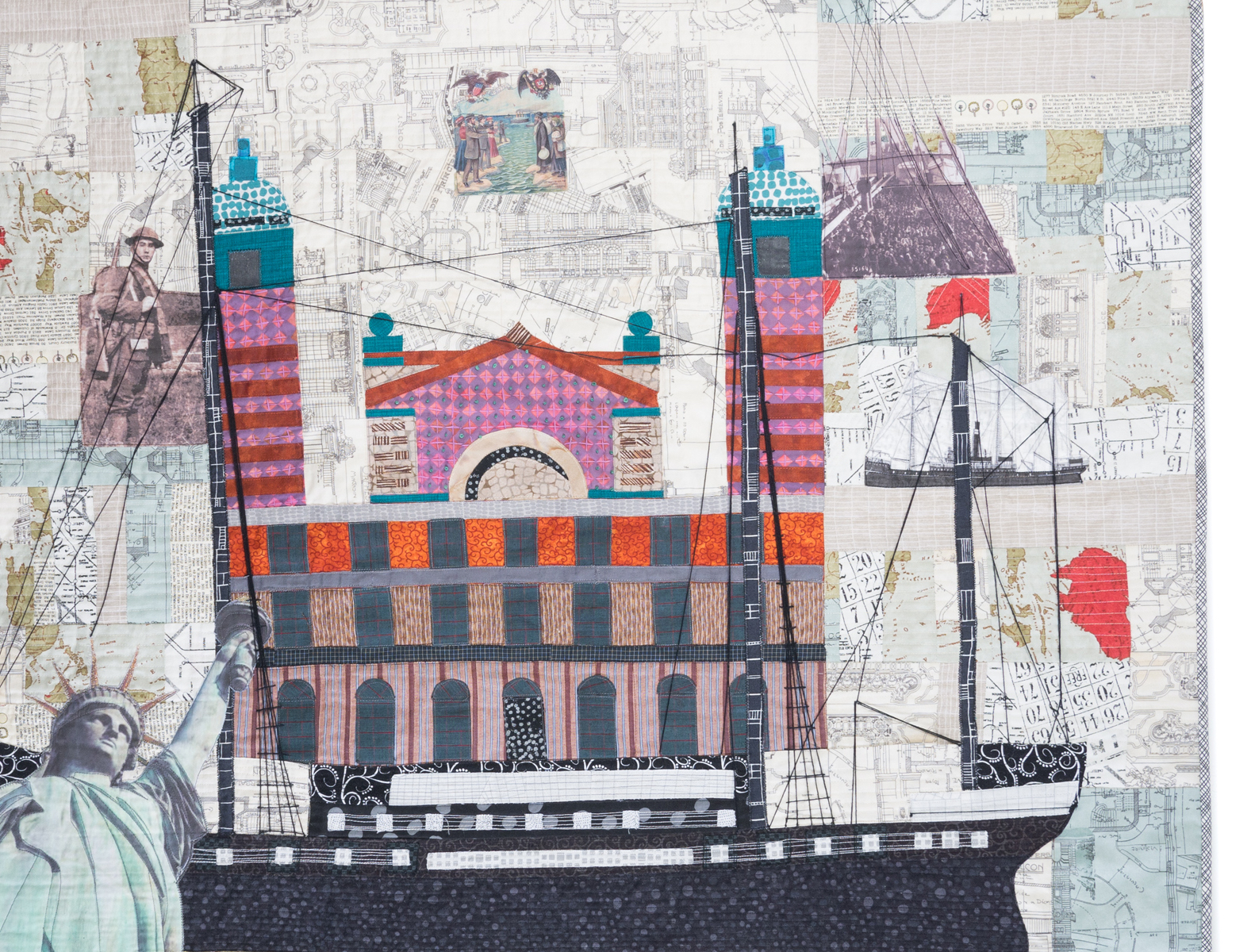 Welcome Week
By MCDSeptember 18, 2020No Comments

“Grandpa’s Journey” displays the story of my maternal grandfather’s journey. His name was Aaron Galmitz and he made his journey from Russia to Rotterdam to New York’s Ellis Island. His first sighting of America was the Statue of Liberty. This iconic symbol of America meant so much to him.
He learned English by going to the movies and proudly became a US citizen. Drafted for WWI, he fought in the fox holes in France. He completed his pharmacy studies at Columbia University and ran his own drug store in Brooklyn, NY.

I find it very hard to imagine his life in Russia on a farm. His brave journey to Holland and then America. The ship he traveled on was called Uranium.

My piece depicts the ship Uranium with its masts and ropes. Ellis Island is in the background with the Statue of Liberty welcoming the newly arrived immigrants. In the upper left is grandpa in his Army uniform, in Europe.

Upon arriving in New York, Grandpa met his bride to be at a boarding house on the Lower East Side. Her name was Ida Goldberg and she would become my grandmother.