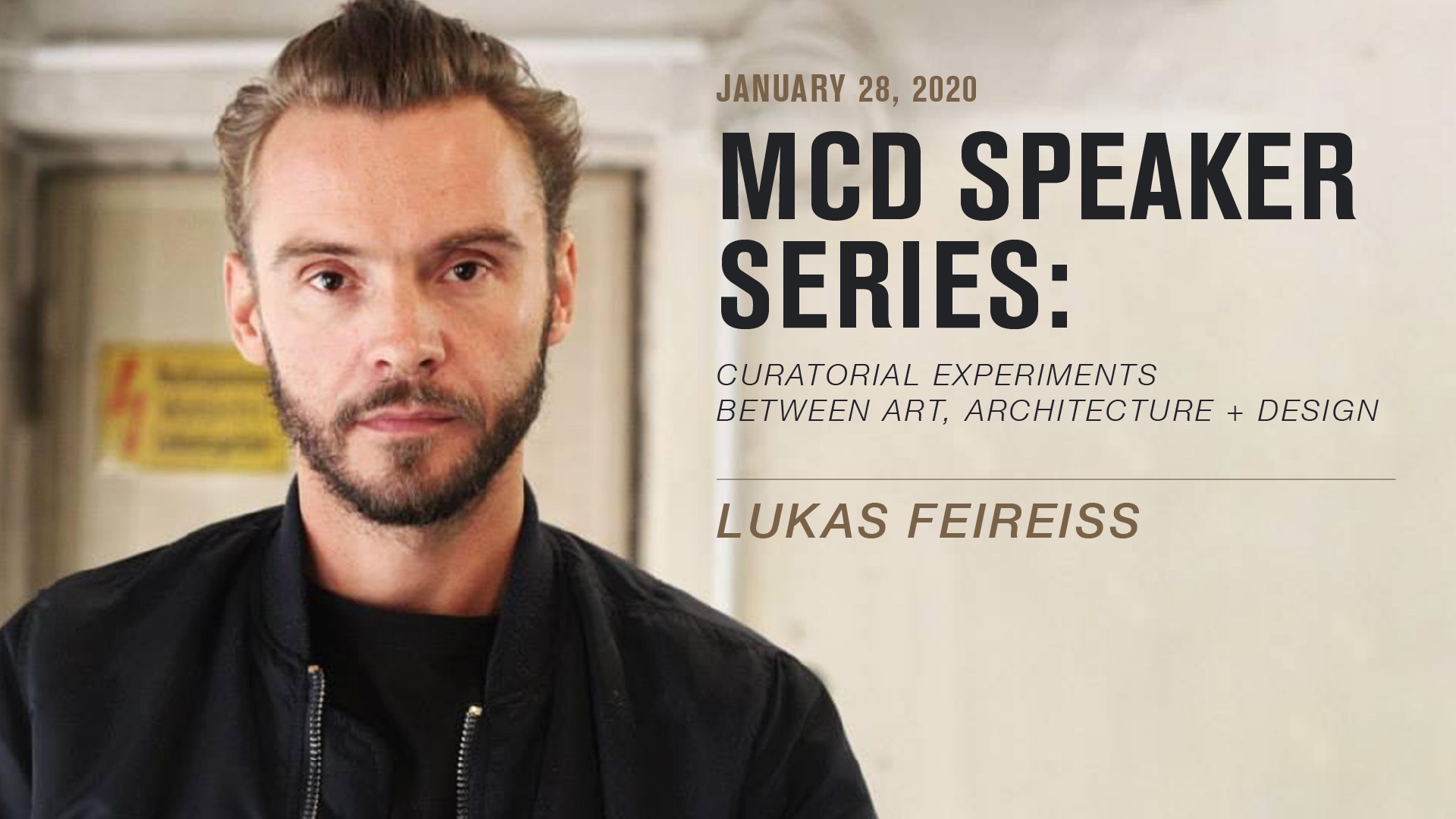 Join MCD and Lukas Feireiss and Leopold Banchini for a Speaker Series event in conjunction with Survival Architecture and the Art of Resilience.

Presenting at the 2020 Venice Architecture Biennale, Lukas and Leo will discuss their project SHELTER .2020 and curatorial experiments between art, architecture and design.

Lukas Feireiss (1977, Berlin, Germany) is an international curator, artist, writer and founding director of Studiolo Berlin, a curatorial space for contemporary creativity. Feireiss is known for his role in the discussion and mediation of art, design and architecture in both theory and practice beyond disciplinary boundaries.

Leopold Banchini Architects is a multidisciplinary research team exploring the frontiers of space shaping. Deliberately ignoring borders and embracing globality, it aims to expend the traditional definitions of project making using DIY culture and eclecticism as means of emancipation. Deeply rooted in architectural history, it is interested as well in contemporary popular cultures as in vernacular traditions and crafts. Addressing architecture as a form of social action, it places political and environmental considerations at the very heart of its practice.

Tickets available for purchase at the door.

Lukas Feireiss is the editor of over 25 books at the intersection of art, design and architecture including Radical Cut-Up. Nothing is Original (2019), Legacy. Generations of Creatives in Dialogue (2018), Memories of the Moon Age (2016), Social Design Public Action. Arts as Urban Innovation (2015), Imagine Architecture. Artistic Vision of the Urban Realm (2014), Space Matters. Exploring Spatial Practices in Theory and Practice (2013), Utopia Forever. Visions of Architecture and Urbanism (2011), Beyond Architecture. Imaginative Buildings and Fictional Cities (2009); Lukas also curated over 20 exhibitions including the Space is the Place (2018-2019) and the In-Between. Spatial Discourse in Visual Culture (2014-2015) series of exhibitions dedicated to the artistic exploration of space, Urban Abstract (2016), The Great Babylon Circus. The Lure of Architecture (2011), Testify! The Consequences of Architecture (2010), as well as the three-day festival for art in public space Wereld van Witte de With (2011-2012); and participated in several international exhibitions including Venice Biennale (2008, 2018, 2020), Shenzhen Biennale (2015-2016), Orleans Biennale (2017).