Hands Off: New Dutch Design at the Confluence of Technology & Craft

Hands Off:New Dutch Design at the Confluence of Technology & Craft willpromote Dutch Design and its influence on the global future of contemporary art, craft and design, including architecture, e-culture, and fashion, among other disciplines. Featured designers produce innovative works that challengetraditional notions of public space, sustainability, architecture, fashion, functional objects, marketing, and art utilizing technology that requires no ‘making’ by hand in the traditional sense. Hands Off will showcase thedevelopment of new materials, new ways to use old technologies, and new ways of looking at and interacting with the world. Hands offwill feature the work of approximately twenty designers from design hubs across the Netherlands including Eindhoven, Amsterdam, Rotterdam, Utrecht and Maastricht.

Hands Off is being featured at Dutch Design Week in the Netherlands.

Organized and Curated by the Museum of Craft and Design

The Museum of Craft and Design’s exhibitions and programs are generously supported by the Windgate Charitable Foundation and Grants for the Arts/San Francisco Hotel Tax Fund.
This program is supported as part of the Dutch Culture USA program by the Consulate General of the Netherlands in New York. 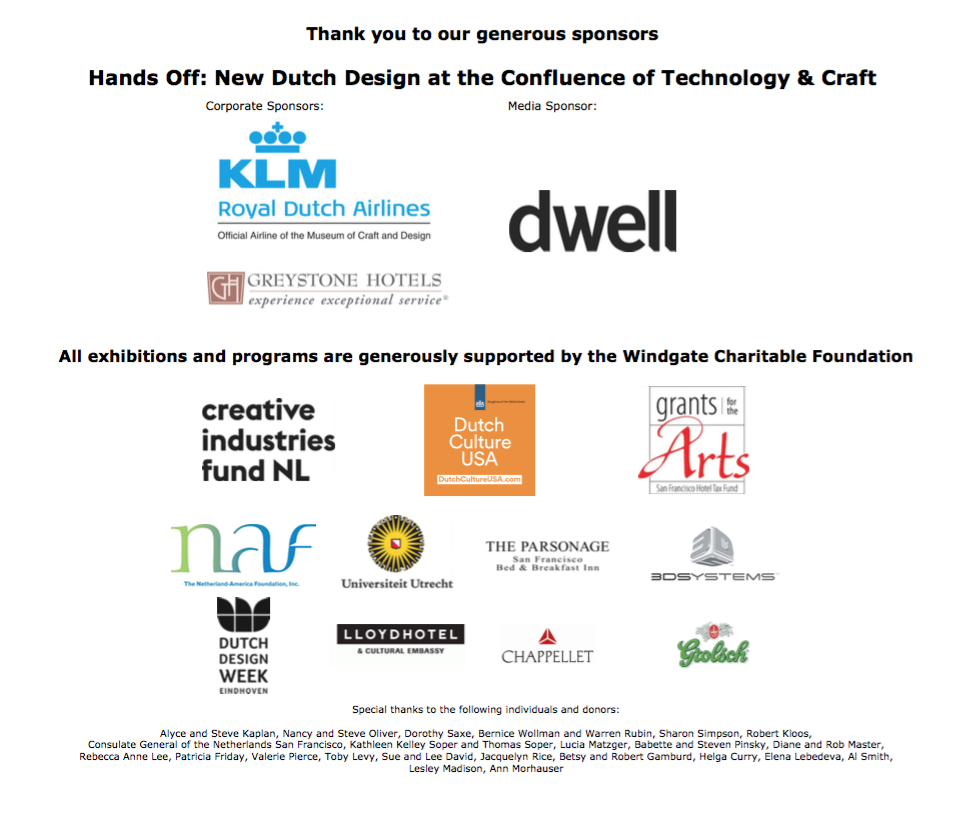