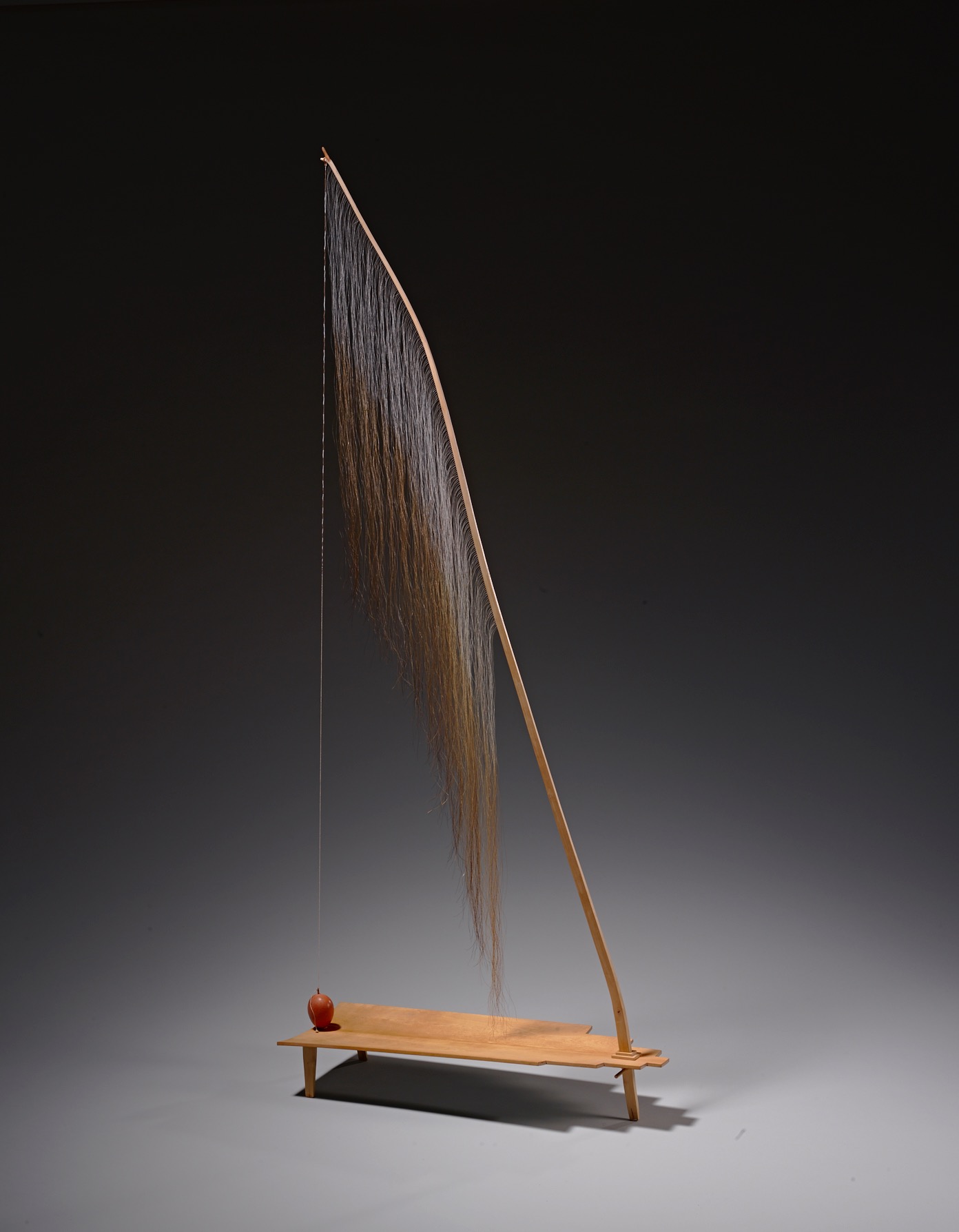 San Francisco, CA. March 2018 – The Museum of Craft and Design is pleased to announce the exhibition and new publication, Anchors in Time: Dominic Di Mare, featuring selected works completed over the past five decades by one of the Bay Area’s foremost artists in the contemporary craft movement.

Dominic Di Mare (b. 1932) received acclaim for pioneering dimensional weaving in the 1960s, cast paper in the 1970s, and mixed-media sculpture from the 1970s through the 1990s. Among his most alluring sculptures are carved hawthorn branches with delicate feathers, beads, paper, and horsehair. These are simple materials, but in Di Mare’s hands they were transformed into intensely poetic works. During the past few decades, the object maker reset his compass to explore luminous watercolor on paper in a singular way. His flat watercolors have dense compositions alluding to dimensional realms, while his unique artist’s books feature precise cutouts to provide alluring clues for subsequent pages.

While his mastery in a wide range of media is stunning, it is the continuity of personal references—his very own sea of ideas—that makes Di Mare’s work so compelling and meaningful. Central to his work is a private, sea-borne mythology in which universal symbols, materials, and processes relate to childhood experiences in Monterey, CA, as a son of a Sicilian-American fisherman.

A recipient of the American Craft Council’s Gold Medal (1999), Di Mare was awarded two fellowships from the National Endowment for the Arts (1987 and 1981.) His work is represented in significant museum collections, ranging from the Fine Arts Museums of San Francisco to the Metropolitan Museum of Art in New York.

Anchors in Time: Dominic Di Mare is presented in conjunction with the 176-page publication of the same title, featuring over 125 color images and essays by W. S. Di Piero, Michael W. Monroe and guest curator and publications coordinator Signe S. Mayfield. This research is supported by a Craft Resource Fund grant from Center for Craft, Creativity & Design, Inc. Lead support by Rotasa Fund.