San Francisco (September 17, 2022)–The Museum of Craft and Design is thrilled to present the premiere of Bull.Miletic: Proxistant Vision, on view from November 19, 2022 to March 19, 2023, featuring work by Bull.Miletic. Bull.Miletic, an artist duo currently based in Oslo, were among the first graduates of the MFA New Genres department at the San Francisco Art Institute and previously made San Francisco their creative home base for over a decade.

Guest curated by Carol Covington, Proxistant Vision is the culmination of Bull.Miletic’s seven-year artistic research project focusing on the proliferation and advancement in aerial, moving-image technologies. It follows the current surge in digital zooming and surveillance infrastructure, such as satellite, remote-sensing operations, and drone cameras. Bull.Miletic defines “proxistance” as the ability to visually capture geography from close-ups (proximity) to overviews (distance) in the same image, most noticeably illustrated by Google Earth’s “digital ride” from a global view to street-level detail.

Proxistant Vision features three robotic video installations: Ferriscope, Venetie 11111100110, and Zoom Blue Dot. Each artwork has its own focus, but all trace the multiple paths and genealogies of the “proxistant” (overview to detail) effect. 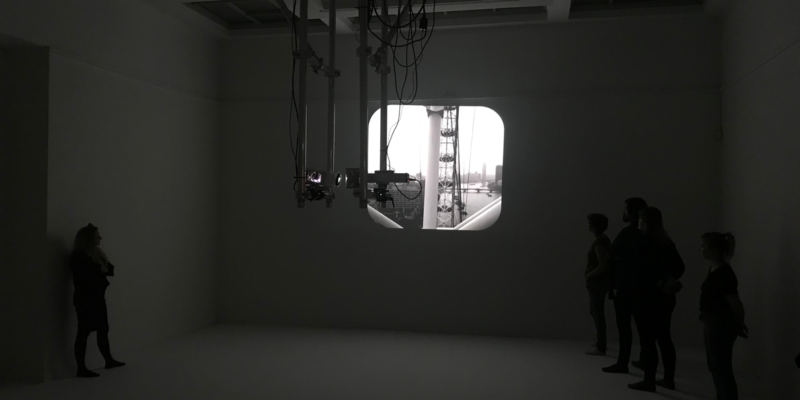 Ferriscope investigates how the visual paradigm of proxistance gains precedence beyond the screen. With this installation, Bull.Miletic investigates the fact that giant observation wheels have been popping up in cities around the world. This trend can be seen as a prime example of how proxistance is inserted into the urban environment as a form of gentrification and to boost real estate. In 2000, the 135-meter-high London Eye (re)launched the interest in large-scale urban observation wheels and propelled a rivaling appetite for ever grander designs on a global scale. As these wheels transport their passengers on circular journeys between detailed close-ups and vertiginous overviews, Bull.Miletic investigates how they participate in the smooth proxistant vision that currently multiplies across the 21st-century mediasphere. 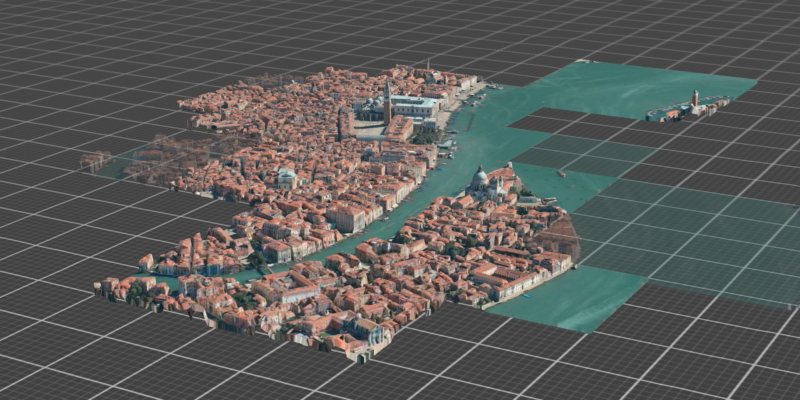 At the center of Bull.Miletic’s installation Venetie 11111100110, is the cartographic masterpiece titled View of Venice 1500 (Venetie MD), a large-scale woodcut attributed to the celebrated Italian artist Jacopo de’ Barbari. As a significant leap in technological accomplishment, Bull.Miletic considers de’ Barbari’s 500-year-old map to be an astonishing example of an early trace of proxistant vision. It sets one’s mind in motion between detail and overview in its presentation of multiple perspectives on the same plane, producing a vision that summons both totality and close-up simultaneously.

In their research, the artists found several relations between this early map and the current digital paradigm of proxistance as exemplified by Google Earth and other online maps. 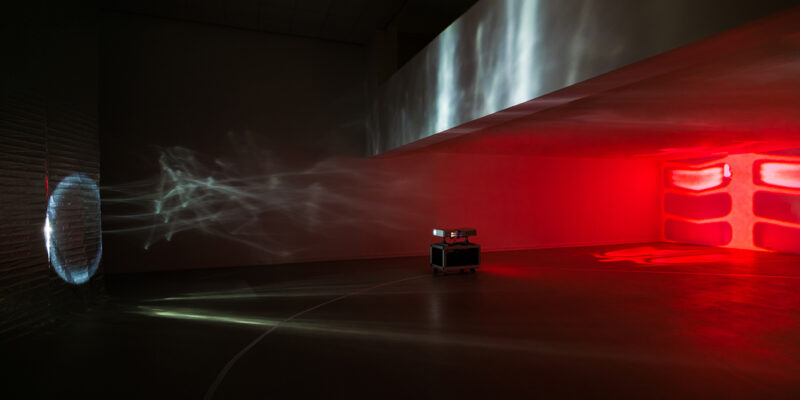 In Zoom Blue Dot created at UC Berkeley, Bull.Miletic focuses on the proxistant Earth models produced with data obtained by orbiting satellites combined with ground and airborne imaging. In regards to Earth’s depiction as a speck of dust photographed by a spacecraft from a distance of four billion miles, this inquiry into proxistance is concerned primarily with the question of scale. The artists investigated a number of proxistant visions of Earth, which led them to discover a historic effort had been made to visualize, identify, and control the world as a unified globe. Different conceptions of scale guided a proxistant journey in which the most distant image of Earth meets the solid materials of rocks and crystals, where scientific models of calculation and prediction shaped an artistic vision beyond visualization.

Proxistant Vision is an innovative endeavor that raises awareness about the impact of new aerial imaging technologies and their influence and power in everyday life. Bull.Miletic considers San Francisco as their true artistic “home base” in the United States and are pleased to have Proxistant Vision make its US premiere at the Museum of Craft and Design in San Francisco this fall.

The Museum of Craft and Design’s exhibitions and programs are generously supported by the Windgate Foundation and Grants for the Arts. Additional support is provided by Hunter Douglas.

To RSVP for the press preview, schedule a private tour, interview requests, or for more information, contact Sarah Beth Rosales, Marketing and Communication Director, Museum of Craft and Design at [email protected] or 415.773.0303.

About Carol Covington
Curator, Carol Covington, decided to pursue a career in fine art and graphic design while attending college in Florence, Italy, and London, England through Florida State University where she received her degree in Art History & Visual Communications Design. Carol began her career as an Art Director, then Art Gallery Director, and later became an Independent Curator; during which time her company, Exhibits, produced over 100 exhibitions in public spaces and museums since 1990. In addition, she has also been a Curator and Producer of permanent, historical exhibitions for many corporations and institutions.