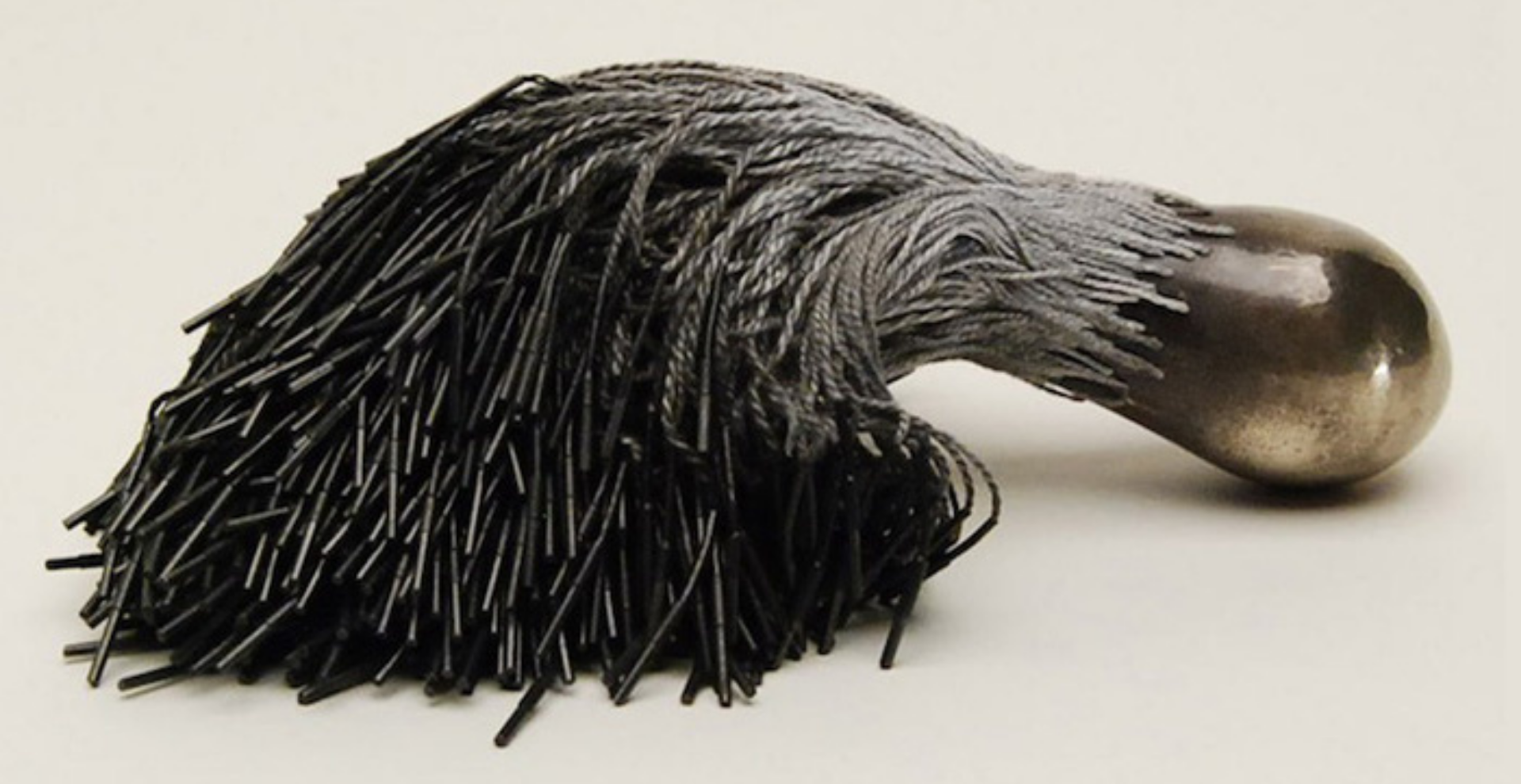 Metamorphosis: The Transformation of Everyday Objects

What is beautiful? How do artists see the world around us?

These artworks were selected to examine the creative process of makers who choose to use common and even humble objects as their medium. Some of these things were found in thrift stores or the trash and have an entire history of manufacture and use before they were rediscovered for another purpose. Their relationship to some previous, unknown owner and the journey of that object into and out of the life of that person, is recorded in the patterns of wear on the surfaces. Other materials have an inherent beauty that is easy to overlook because of the context in which we perceive them. The luster and radiance that would distinguish the rarest pearl is viewed quite differently when it is seen in grains of rice or pencil leads. There are also items that were perhaps never used. People saw something lovely, but weren’t able to really integrate it into their lives. They finally gave up and discarded it, often decades later, so that it could be rediscovered in pristine condition, so many years later.

These materials all somehow caught the eye of these artists who saw not some special find that would be presented intact as part of a collection of unusual objects, but something that invites further interventions and the transformation into an entirely new object. They visualized a new purpose that would connect what they originally saw and were attracted to, with a new form and audience. These artworks were chosen because the original objects are still recognizable, while they have entered an entirely new context.

All these artists are alums of the California College of the Arts’ program in Jewelry/Metal Arts which has been training metalsmiths for over a century. Although jewelry is often associated with precious materials, there is a great historical tradition of fashioning objects of adornment and prestige from more common materials that are selected for their aesthetic and symbolic qualities. It is these particular metalsmiths’ techniques and their special sensitivity to form, composition, and user that connects their practice to those of their ancient predecessors. Contemporary craftspeople also recognize the ethical complications of using materials whose origins in extractive mining results in ecological and social damage which makes the idea of reuse and transformation very appealing. There is also something inherently satisfying in knowing that the “value” of a piece is almost entirely the product of an artist’s skills and labor and not just the costs of its components.

The balance between the material’s history and the hand of the artist is exquisitely realized.

Metamorphosis: The Transformation of Everyday Objects, 2014-2015, Museum of Craft and Design. Image courtesy of Kurt Lundquist.