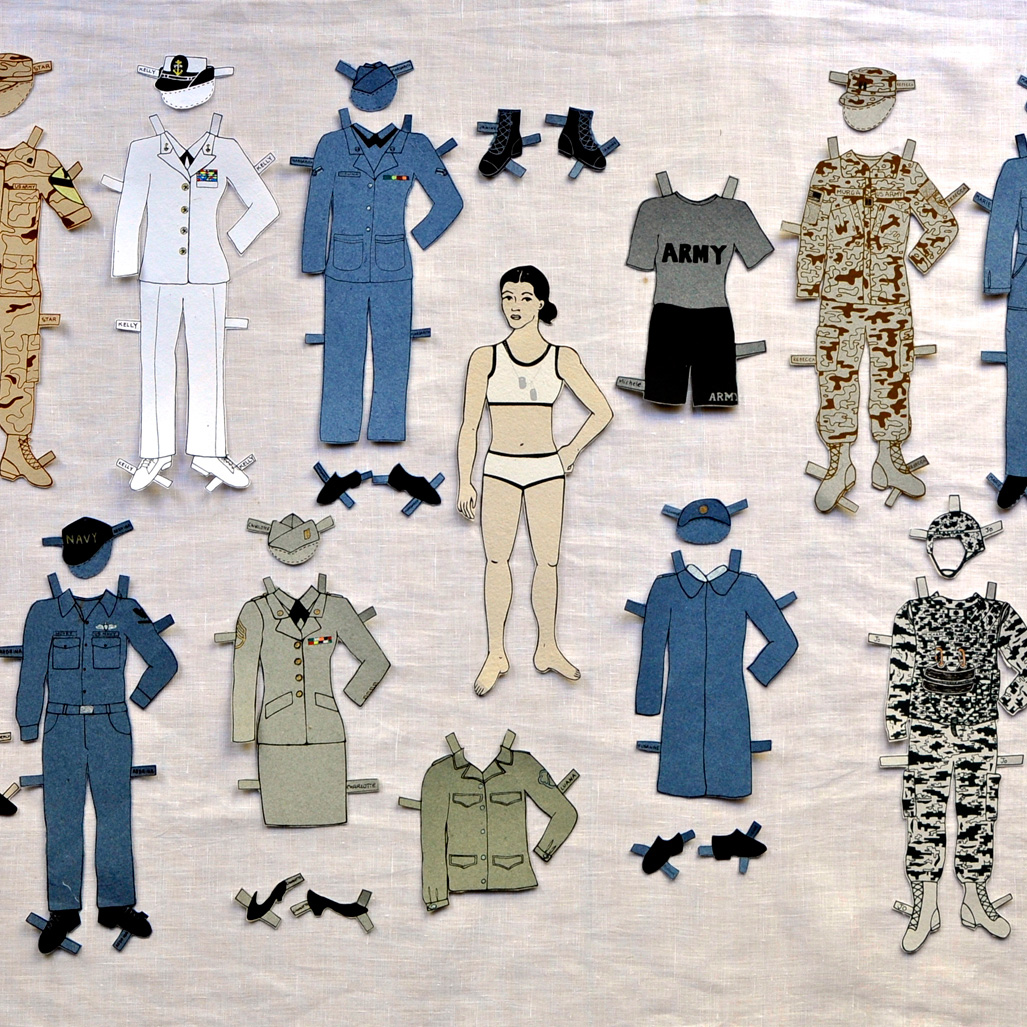 Art and Other Tactics: Contemporary Craft by Artist Veterans

Home » Art and Other Tactics: Contemporary Craft by Artist Veterans

September 26, 2015 – March 20, 2016
August 2015, San Francisco, CA – The Museum of Craft and Design is pleased to announce the upcoming exhibition, Art and Other Tactics: Contemporary Craft by Artist Veterans opening September 26, 2015.

Art and Other Tactics is the first exhibit to explore the role that craft has played in the lives of military veterans since World War II, and to feature craft as an antidote, means of catharsis, and vehicle of expression for those who’ve lived through war. The exhibition was developed in partnership with Craft in America, the Craft and Folk Art Museum, and the Museum of Craft and Design.

Curated by Emily Zaiden of the Craft in America Study Center, Art and Other Tactics examines the way that military service has impacted the outlook of artists over seven decades and at its core, the exhibition will explore how craft is an antidote to the war experience. In contrast to the most destructive manifestations of war to which soldiers bear witness, craft is fundamentally about construction–physically, symbolically, and ideologically. Using craft as their voice, these artists have transformed their lives through the act of making and have imbedded their experiences in the objects they create.

“Suppression became our natural coping mechanism; we never spoke of the war, we only spoke around it, if indeed we spoke at all. But the experience of going to war and the suppressed emotions will surface in one way or another. In my case, sculptural images are sparked by the war experience; they arc across the minefield of memory like tracers.”

Conveying the contributions of veteran artists and the pathways that craft has taken through their visionary work, Art and Other Tactics features artist veterans whose studio practice has been shaped by their military experience. Their contemporary artworks reflect on the personal and political outcomes of war and military service.

The exhibition will highlight four historic eras and the craft that was generated from them, in addition to touching on the start of the Army’s Arts and Crafts program.

The exhibition sections are as follows:

This introductory section of the exhibition examines how craft became an active part of the military during WWII and how this facilitated the emergence of the New Crafts Movement following the end of the war.

The GI Bill and the Greatest Generation: Opening the Flood Gates for Craft:

The implementation of the GI Bill in 1944 expanded art education immeasurably and encouraged record numbers of returning soldiers to enter the university system and launch careers as professional artists. While the war itself was never at the forefront of their practices, their mastery of technique and intense exploration of material was aided by the focus and values they arrived at after having served. This portion of the exhibition focuses on how the expansion of craft schools and programs nationally fostered experimentation and vitality in the crafts. It will also speak to the idea that post-war prosperity allowed and encouraged people to buy functional craft, generating a new expanded market.

The group of veterans that returned from duty after the Korean War was exposed to different cultural and aesthetic influences that affected their worldview on numerous levels, many of which were embodied in the objects they chose to create upon their reentry. The American mindset had shifted by the late 1950s with the proliferation of material goods and boom in factory-production; some rejoiced while others feared the worst. Work by these artists empowered craft, expanded horizons, and gave it new relevance. This area will include five pieces made by Korean War veterans and veterans who served in the 1950s.

Veterans from this era lived through a very different experience and the reception upon their return was unlike that of soldiers from previous generations. The work from this era rarely touched on the personal impact of war, the wounds were too deep. For many Vietnam veterans who became artists, stifling the memories and moving forward as makers was the sole way to survive. Only in more recent years have some of these artists openly discussed their time of service or allowed it to enter into their work.

As craft transformed over the course of the late 20th Century, artists adopted traditional mediums for more expressive purposes. The nature of craft became inherently more communicative. Our cultural attitudes about war, and interest in understanding what soldiers undergo, created space for veterans to grapple with their experiences more openly and honestly. Veterans are encouraged to apply their voices to craft mediums with dynamic and powerful results.

“I work to translate our absurdity into beauty.”

This exhibition is co-presented with Craft in America and the Museum of Craft and Design, San Francisco.

Art and Other Tactics: Contemporary Craft by Artist Veterans is generously funded by a matching grant from the John and Robyn Horn Foundation

The Museum of Craft and Design’s exhibitions and programs generously supported by the Windgate Charitable Foundation and Grants for the Arts/San Francisco Hotel Tax Fund.

About the Museum of Craft and Design

The mission of the Museum of Craft and Design is to be a beacon of innovation and inspiration, showcasing exceptional examples of contemporary work in the fields of craft and design by offering engaging exhibitions and public programs that change the way in which we see our modern lives.

Between 22nd and 23rd Streets